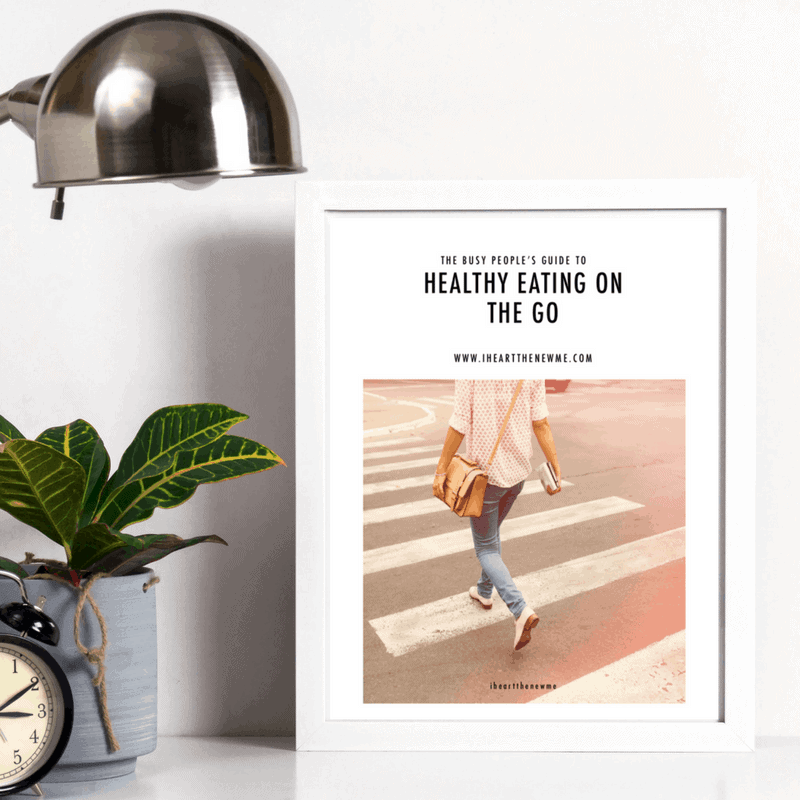 SET GOALS AND CRUSH THEM

GET YOUR GUIDE TO HEALTHY EATING ON THE GO

STAY ON TRACK WHEN LIFE GETS CRAZY

Well, I started something today that I never ever thought I’d do! I started boot camp! I was nervous, scared, anxious, excited all rolled into one. 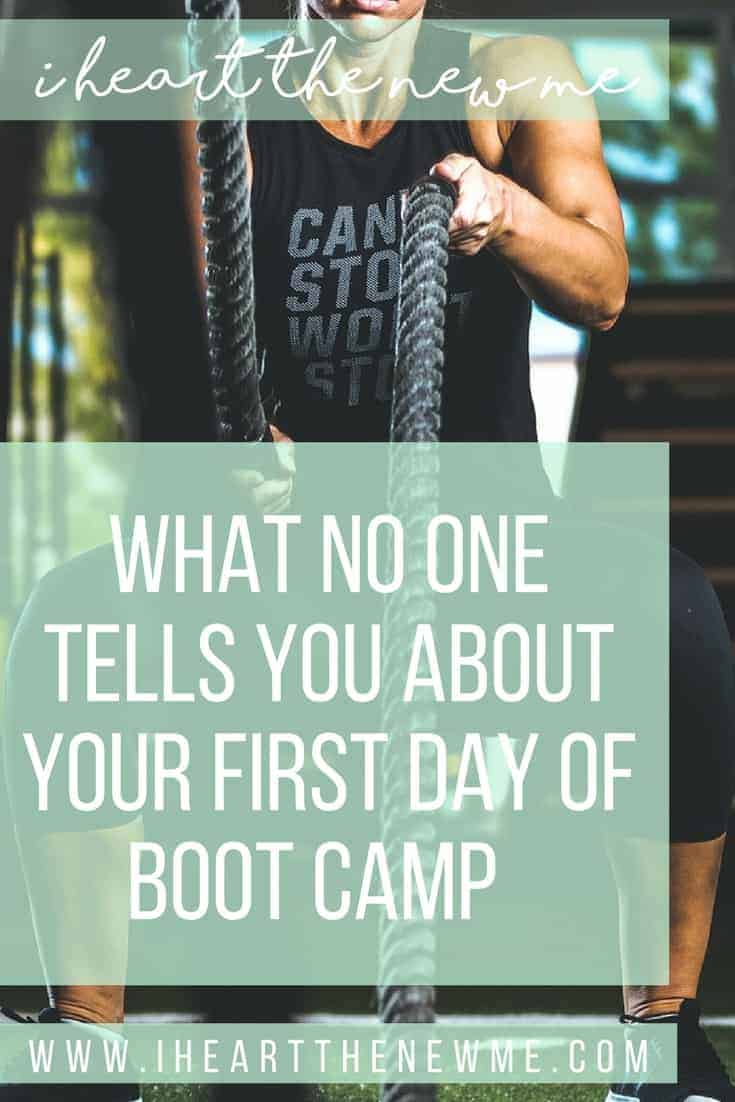 I didn’t know what to expect but you know what?? I LOVED it! It kicked ass! If you know me at all, and I mean AT ALL, you’d know that I’m not a morning person what-so-ever. I didn’t sleep very well last night because I was really worried I wouldn’t wake up on time. I had my sister call me, set my phone alarm, set my iPad alarm and found this awesome site where you can get free wake up calls. Ha! It worked. I was tired. It’s just something I’m going to have to get used to. Once I got up and got going it wasn’t so bad. I left my house before it was even light out. Luckily boot camp is only about 5 minutes away. I had to get there 15 minutes early to fill out more paperwork and just talk to the instructor. She was awesome. She looks super young but I overheard her say she was a grandma! I’m not kidding, you should see her! I actually had no idea this place even existed. It’s held at a karate facility and not advertised outside on the building. I found it on a Groupon! Totally just lucked out it’s down the street from me. I definitely wouldn’t be going if there were any sort of commute involved. Not at that hour.

So first off, Jennie, the boot camp instructor, had us warm up. We jogged in place, did jumping jacks, side shuffled, all while she was showing us the stations. We did 5 stations, 4 rounds for 45 seconds each. The stations were all pretty much the same difficulty level. We broke up into groups of 3 – there were about 15 girls. The girls were of all shapes and sizes. All ranges of fitness levels. I actually felt very welcome and fit right in. Jennie periodically checked in with me and the other new girl. We were allowed water breaks between stations.

At the first station we did squats with weights to overhead press. I got this…I was good. Ha, then the third set start and my arms were shaking. I did it though. 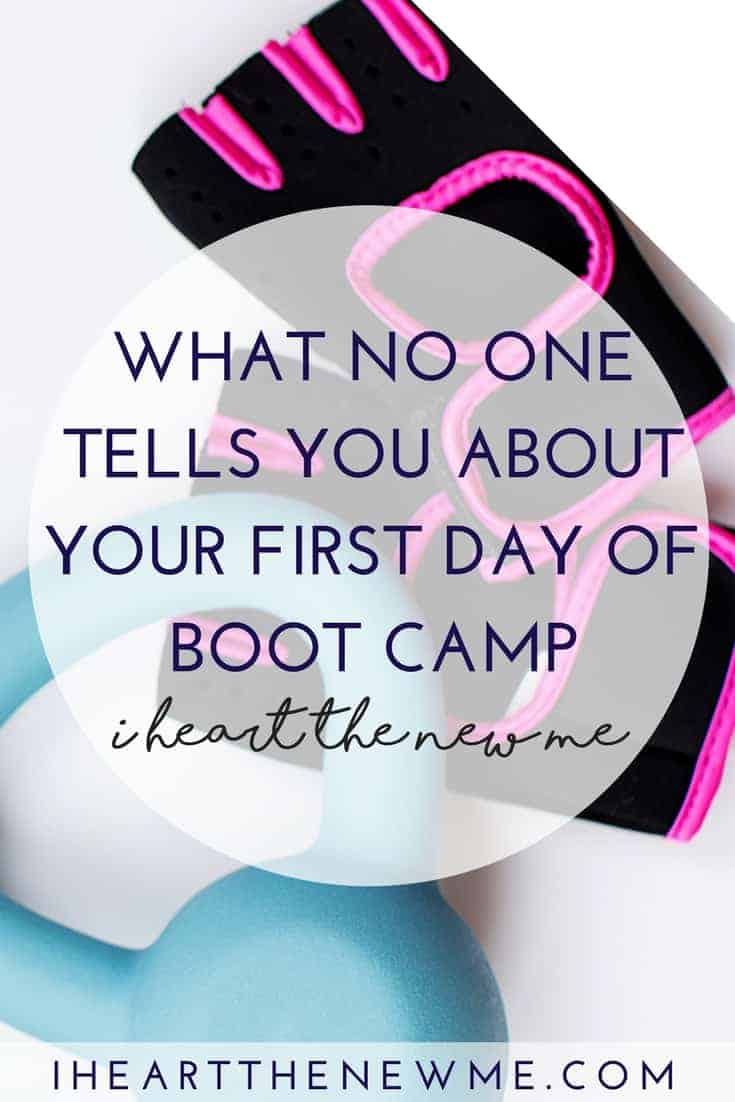 In fact, I did all of it. Yeah, I was slowing down considerably by the last station. BUT I DID IT! The second station was ropes. First time for everything. These are the ropes you see on commercials or ads for boot camps or fitness. By the second set my shoulders were burning bad. Bad in a good way. Loved it! Next was the ball burpie station. Throw down a medicine ball as hard as you can then do a burpie. Mountain climbers were next. You put your feet on these disc things on a slippery floor and it increased the intensity a ton. Let’s see…oh yeah. Full body jumps were last. By this time I sweating my ass off. Last but not least was a final stretch session. You guys, I felt soooo good. I was really proud of myself.

I’ve been doing the same thing on and off for about 10 years, give and take. That’s why this year I’ve decided to do things a little differently. Try something new. I’ve been doing Beachbody workouts at home. Don’t get me wrong, I still love Beachbody. I just needed to mix stuff up. It’s also fun and motivating being around other people. It might be hard at first but I just know it’s going to TOTALLY be worth it.

♥︎I will occasionally post affiliate links on I Heart the New Me, linking to some of my favorite products on Amazon or other sites.  Any affiliate links you see do not inflate the cost of products offered on theses sites and reflect the current sale price. I do earn a very small commission based on any purchased made through an affiliate link and appreciate your support.♥︎

We're not around right now. But you can send us an email and we'll get back to you, asap.