Can You Drink While Fasting?

You might be wondering, “Can I drink alcohol while intermittent fasting? Will it negate all my hard work and progress?”.

Everyone likes to enjoy a glass of wine while winding down for the evening. It’s relaxing and a part of many people’s nightly routines.

Drinking socially with friends is always fun, and when done in moderation, there’s nothing wrong with it.

Intermittent fasting is super popular for weight loss and even just a healthy lifestyle change.

With intermittent fasting you don’t restrict your food choices, you’re just limiting the time in which you eat. This makes your day much less complicated and takes much less planning on your part.

Find out if and what alcohol you can drink while intermittent fasting!

During your fasting period, no calories are consumed, so, obviously, alcohol will break your fast. During your eating periods you can choose to drink alcohol. Just realize that there are precautions you should consider. Alcohol will have an impact on the success of your new healthy lifestyle.

Although alcohol in moderation isn’t always bad for you, it does have implications.

Even though you aren’t required to cut out entire food groups, making healthy choices will definitely help intermittent fasting be more successful. That includes the decisions you make about alcohol.

How Alcohol Impacts The Success of Intermittent Fasting

Alcohol consumption has effects on fat burning, metabolism, and other related body functions.  Since alcohol is calorie-dense, a little alcohol can make up for the calories you’re not eating during your fast and offset your calorie intake and void your calorie limitations during your fasting period.

More than likely, consuming alcohol instead of healthy foods will put you at a calorie surplus instead of a calorie deficit.

If you limit your alcohol intake, intermittent fasting will be more effective.

Most people use intermittent fasting for the purpose of burning fat. On the contrary, alcohol has been shown to block fat breakdown. Ever hear of a beer belly? It’s a real thing! Belly fat is dangerous and excess fat usually ends up getting stored around the belly.

There are some indications that alcohol may have a direct impact on fat burning. (1)

Because alcohol alters metabolism, there is a possibility that drinking alcohol will prevent your body from entering cellular autophagy. Autophagy is the body’s way of cleaning out damaged cells, in order to regenerate newer, healthier cells, according to Priya Khorana, PhD, in nutrition education from Columbia University. (2)

It’s also worth noting that drinking alcohol reduces inhibitions both during and after consumption. The more you drink, the looser you’re likely to get with your fasting and weight-loss goals. Even when you’re hungover you’re more likely to choose comfort food, which is usually higher in calories.

There are a few interesting studies that show this, noted here:

In a study of 19 adults, levels of fat breakdown 5 hours after eating were significantly reduced after consuming an alcohol-rich meal compared with a meal rich in protein, fat, and carbs. (4)

In a few other studies, it’s been shown that excessive alcohol consumption is associated with increased levels of body fat. With light to moderate drinking, however, this relationship is not apparent. (5,6)

Light to moderate drinking does not show significant, if any, correlation to weight gain, while heavy drinking is thought to have the opposite outcome.

Remember that alcohol does break your fast. Try to limit your drinking only to your eating periods. There aren’t any specific guidelines or limits set around intermittent fasting and the amount of alcohol allowed to consume. Just try to be mindful about the number of calories in each drink. Moderation is key.

In terms of calorie and sugar intake, there are definitely better options than others. This doesn’t go only for intermittent fasting or dieting in general, but just as an overall health and wellness choice. Short-term metabolism is impacted even by low-calorie alcoholic drinks.

As a general rule, red (dry) wine and hard spirits are less calorie dense than beer, (white) sweet wines, beers, and other fruity drinks. The sweeter it tastes, the more calories it contains. A mixed drink with club soda and some lime is going to be more calorie friendly than a margarita or a rum and coke. You can even mix wine with soda water for an even less caloric drink.

Even if you make better choices with low calories drinks, it doesn’t mean you should drink more. Limiting how much you drink does a few things. It allows you to consume your calories from more nutritious sources (food), and it allows your body to return to a healthy, functional, fat burning state sooner. The sooner your body is functioning in a normal, healthy way, the sooner you’re likely to return your body to the state where it continues to benefit from intermittent fasting.

So overall, consuming alcohol in moderation, and only during eating periods, is more than likely not going to interfere too much with your fasting efforts. Drinking during your eating window won’t negatively impact your fasting state.

Inflammation has been shown to have many adverse health effects. It can lead to several diseases, imbalances in gut bacteria, and other chronic conditions. (8)

As I said before, an obvious concern with alcohol and weight gain is the extra calorie consumption. On average an alcoholic drink has upwards of 150 calories. For example, beer has about 150 calories, wine (white) has 125 calories, and a rum and coke has 185 calories. (10) Alcohol is often empty calories. This means that the calories you’re consuming have little to no nutritional value.

High alcohol intake can also affect the liver’s ability to filter out toxins and ultimately lead to organ damage.(9) Your liver filters out any toxins that enter your body and alcohol can lead to alcoholic fatty liver. This will change the way your body filters toxins and changes the way your body stores carbs and fats.

An often overlooked aspect of weight loss is sleep. Sleep is very important for your overall well-being and it also plays a role in weight loss.

When you drink alcohol you don’t get a peaceful night of sleep like widely thought. It often seems like a good idea to have a night cap but it’s been shown that alcohol actually has the opposite effect.

A lack of sleep affects your hormones. You’ll have an increased appetite and it can even change the way your body responds to food.

Alcohol consumption always has health implications, regardless of doing an intermittent fasting diet or not. That being said, you can find a balance between your diet and drinking alcohol.

Drinking alcohol in general may make it harder to lose weight.

I honestly believe that everything is OK in moderation. It depends on how you compensate. If you feel like you want to have a drink, don’t kill yourself over it. If it’s going to make you relax or unwind, just do it! Just don’t go overboard and don’t make it a habit. 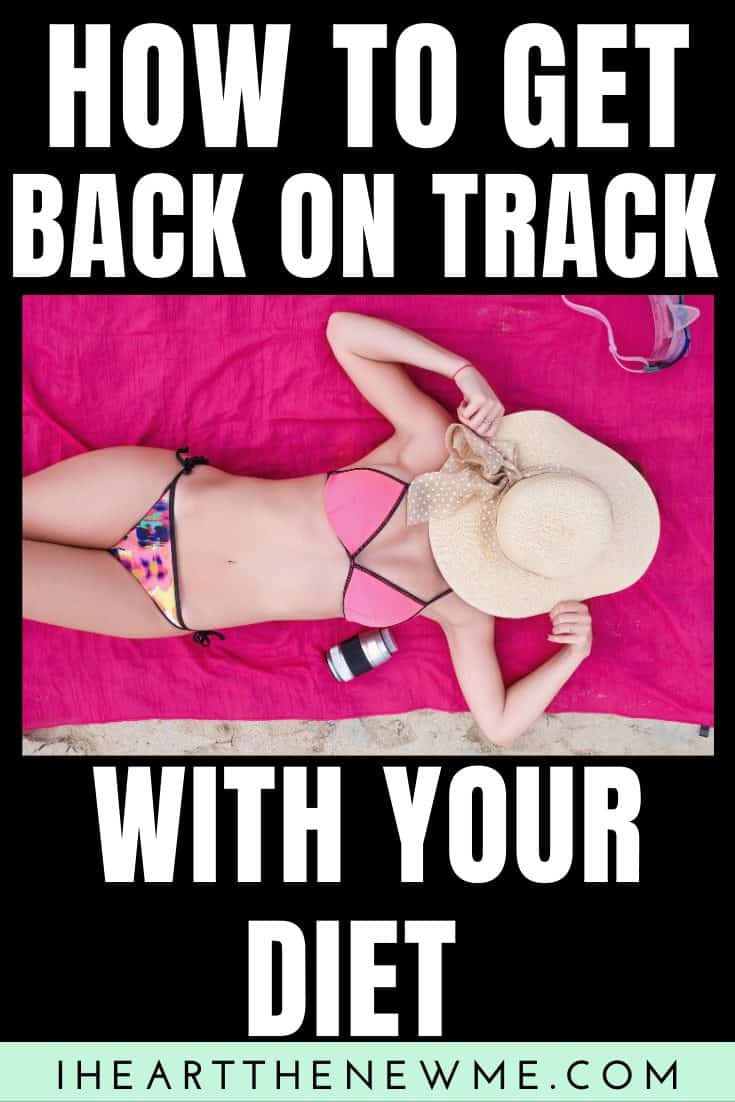 How To Get Back on Track With Your Diet Did one night (or even a few days) of binging ruin weeks, or months, of effort? Absolutely not! Don’t let one binge get you off track. Just follow these simple tips and you’ll find yourself ready to deal with the aftermath and get back on track…. 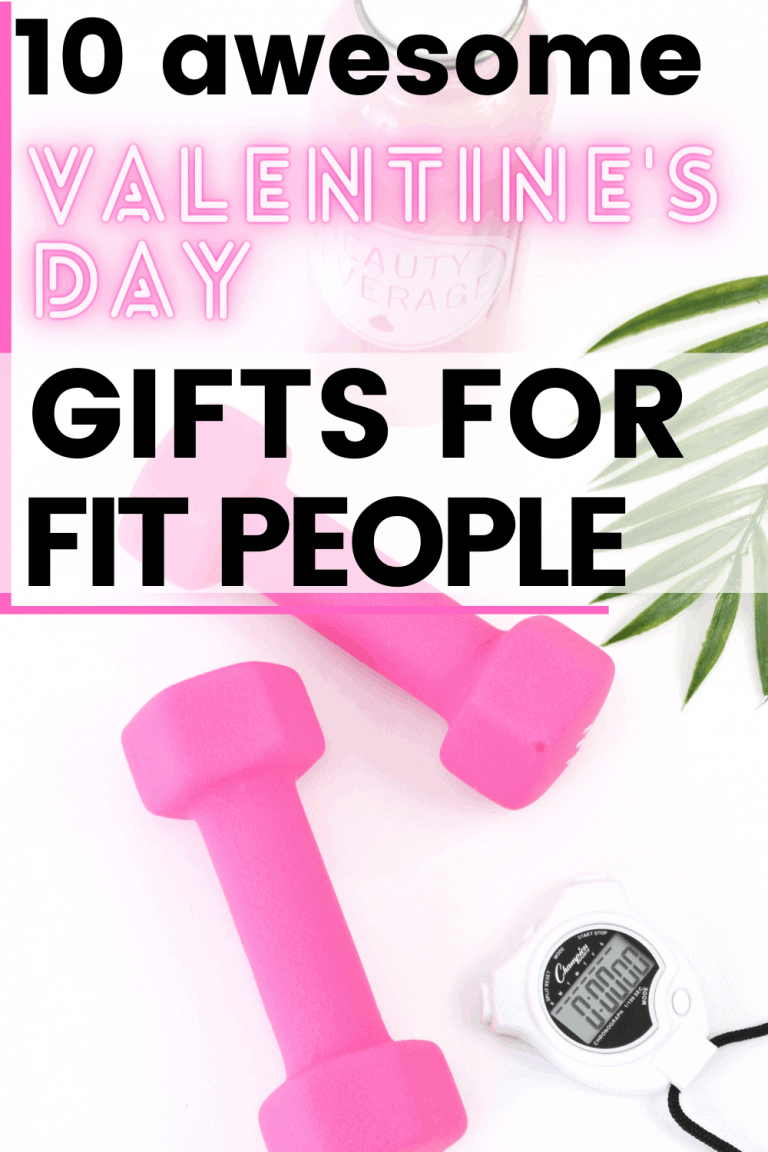 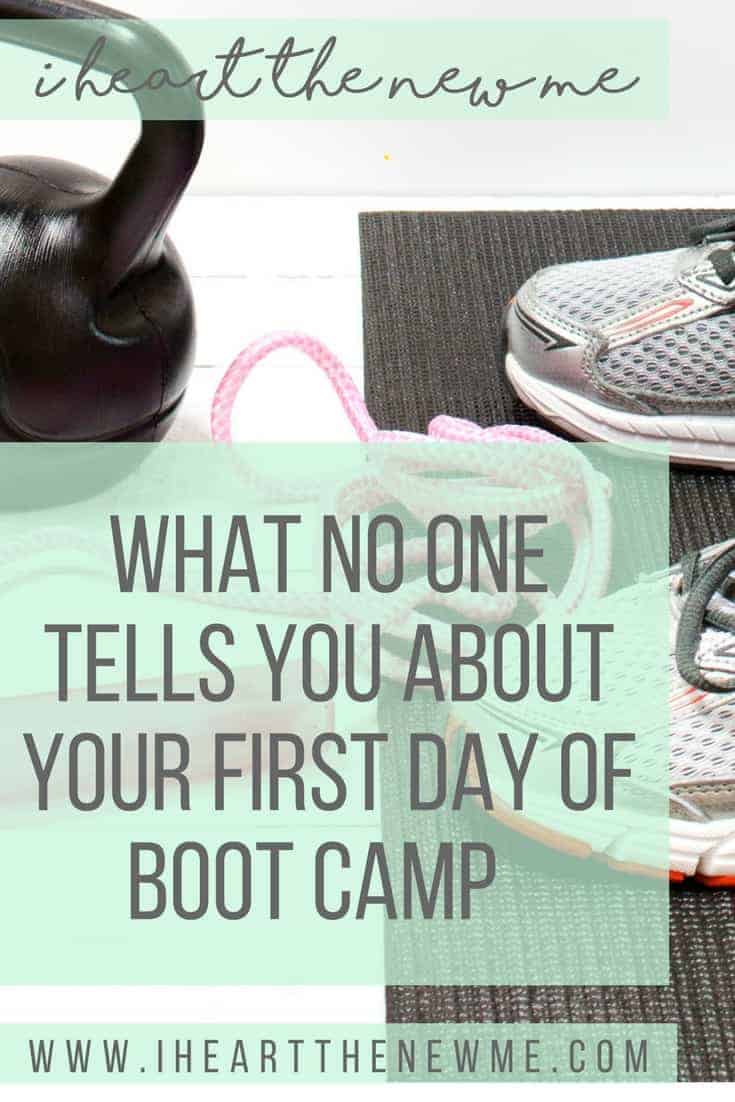 Well, I started something today that I never ever thought I’d do! I started boot camp! I was nervous, scared, anxious, excited all rolled into one.

I didn’t know what to expect but you know what?? I LOVED it! It kicked ass! If you know me at all, and I mean AT ALL, you’d know that I’m not a morning person what-so-ever. I didn’t sleep very well last night because I was really worried I wouldn’t wake up on time. I had my sister call me, set my phone alarm, set my iPad alarm and found this awesome site where you can get free wake up calls. Ha! It worked. I was tired. 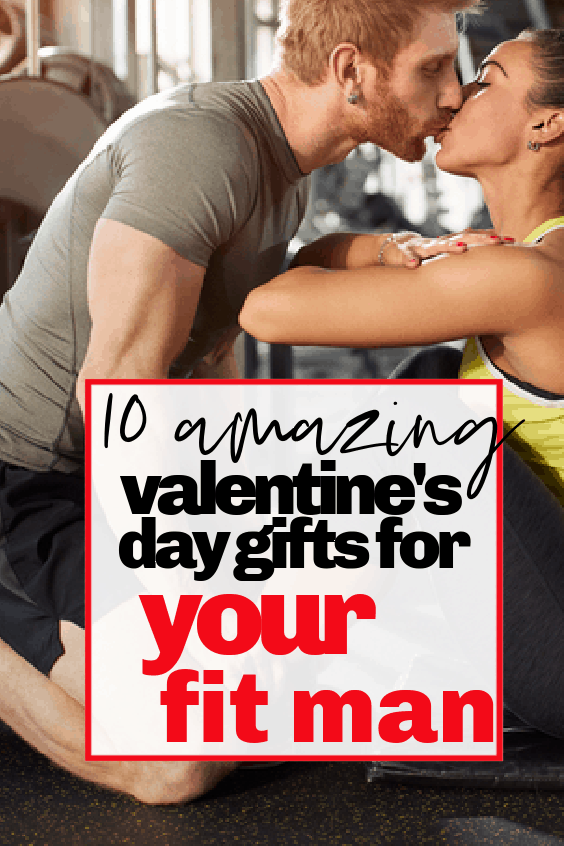 Struggling with what gift to get that fitness lover in your life for Valentine’s Day? Don’t worry, I’m here to help!

When you’re gift shopping for men, it’s easy to fall back on the same boring gifts; a tie, a wallet, a watch. If your guy is into fitness then here you go! Trust me, my husband is the worst. It’s impossible to shop for him and I know there’s something here he’ll love. 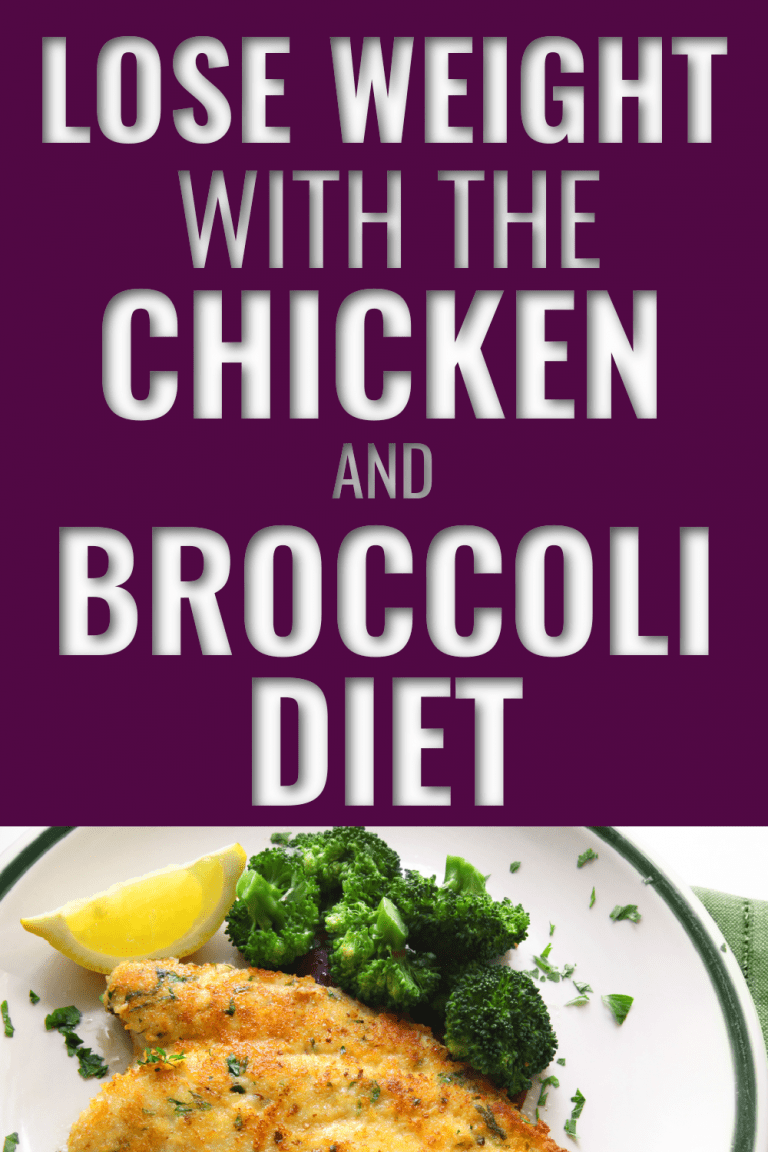 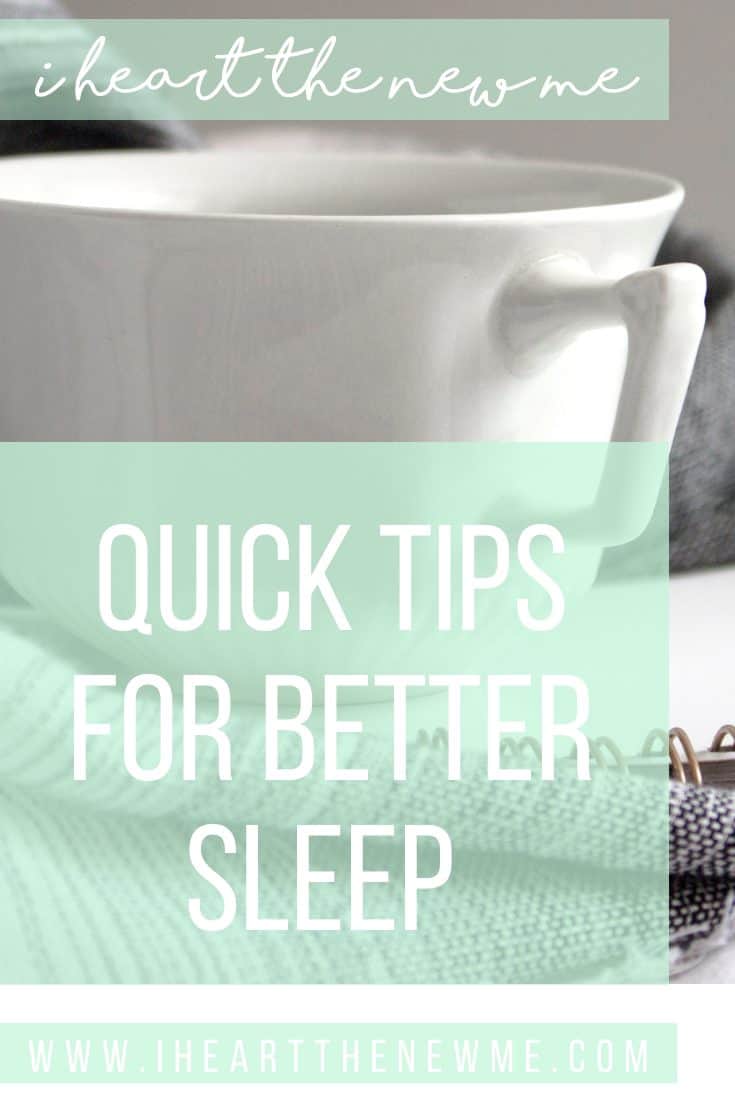 So I work out at 6:15AM. That means  I have to get up at around 5:45. Am I a morning person? Hell no! I really have to push myself to get up that early. It’s only an hour earlier than when I’d normally get up but that hour in my bed is sometimes very very missed. Of course Monday’s are the worst. As much as I would like to say I’m such a happy go lucky morning person, I will never ever be able to say that. Since I work out so early I need to get the best sleep possible. Here’s just a quick list of tips I’ve started to follow for better sleep. Let’s hope it works and I can stick with it!

♥︎I will occasionally post affiliate links on I Heart the New Me, linking to some of my favorite products on Amazon or other sites.  Any affiliate links you see do not inflate the cost of products offered on these sites and reflect the current sale price. I do earn a very small commission based on any purchased made through an affiliate link and appreciate your support.♥︎